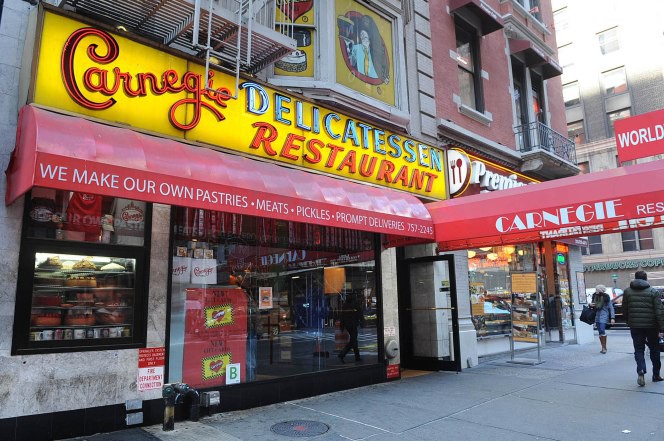 I still miss the legendary Carnegie Deli since it closed two years ago, another institutional nail in the coffin of what used to be Gotham, leaving me with a lingering sense of indigestion, sometimes bordering on despair. No, not over corned beef, mind you. But indicative of what this town has become: beige and quotidian, barely itself.

There’s no question that 9/11 irreparably changed its soul. The recovery, or rather the response, from which has been as a solution as radical as a sex change. The intervening years since that fateful day in 2001 have seen it purged, amputated, dislodged, extracted and erased of every kind of idiomatic chiaroscuro, whether of temperament, rhythm, patina or silhouette; scrubbed of every delicious, scabrous contour and characteristic; devoid of vexation, serendipity and surprise. It’s Stepford. Worse, it’s the remake of Stepford. Only it’s where New York used to be.

I'm so tired of mourning it, so bored stiff even discussing how predictably colorless it’s become. And I’m not alone in feeling this way, as this recent, rather excellent essay in Harper’s fully expounds, speaking directly to my sense of malaise like balm to the heart.