A NOSTALGIA FOR NOWHERE 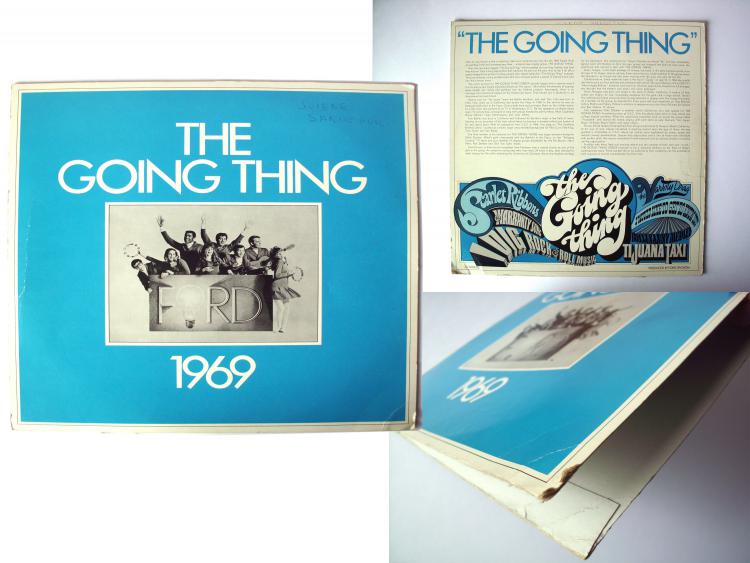 I owe the genesis of this blog to my very dear friend Armen Enikolopov, who, in addition to creating its template, encouraged me to record the many observations I’ve opined to him, across the numerous adventures we’ve had while walking so much of this city we love, often on Saturdays. While wandering through Soho recently, we popped into a shop with an intriguing window display that suggested vintage or antique wares, but was, in fact, an emporium of neither; more so a crowded assortment of what is laughably categorized as “bohemian chic.”

The merchandise consisted of random apparel and items for the home, if, say, one’s home, or rather one’s second home, is situated in some former hippy enclave like Woodstock or anyplace in Vermont; places where everything is apparently casual and breezy, until you examine the price tag and gasp at the inflated arrogance of such an idyllic head trip. Sure, everything is artisanal and homespun, a kind of granny’s closet wonderland, devoid of glamour and anything resembling the civilized precincts of urban debauchery such as too many martinis, lipstick stains, Cole Porter or Bobby Short tickling the ivories, women of dubious repute in sable, the perennial bachelors a shade too natty and, always, voluptuous clouds of cigarette smoke.

Au contraire, this shop in Soho bore a decidedly different ethos, its decadence a paean to someone else’s sense of luxury, where the women wear shapeless gauzy things and sensible shoes (the kind in those Jill Sander adverts), and not a stitch of makeup because they think themselves too serious for that kind of artifice. They’re eternally pretty, these women, whose too-long center-parted tresses worn that way since teen-hood have now turned to grey; a companionable aesthetic to their wizened men who prefer fleece to flannel, or even, tweed, but can't resist donning a fedora when they blow that alto sax they acquired for its remote provenance to Coltrane. You know, because they’re cool, those hats, those cats. These aren't dressy folks, mind you, because they're too earnest for that level of swell; except that they expect you to believe the price points for this folksy escapade, this quotient of cool, aren’t telegraphed in the most obvious way.

Which is part of the scheme of this duplicitous quest: that bit of longing for another time and place, where these folks of the natural sort have purchased a world less harried, less fussy and less urbanized: a world comprising a safety of objects. A world meant to evoke a nostalgia for that someplace else. But it’s not someplace else, for it's no place at all. Rather like the subject matter of the late Thomas Kinkade, so-called “painter of light,” whose wishful landscapes might have illustrated any number of fairy tales, these lost worlds are a total fiction — a commercial waiting to be made, except that it already has: just ask the folks at a place called Hidden Valley.

For quite a few years, they ran a rather clever campaign intended to evoke another time and place, with grainy footage suggesting the Super-8 home movies of a mid-20th century youth, right down to clean-cut kids of delineated gender (no Gap/Old Navy androgyny here): where girls wear dresses and headbands and boys in dungarees are acquainted with the barber’s chair. This carnival landscape of the good ol’ summertime subtly disguises the healthy vegetables proffered where cotton candy used to be; and dipping them into Hidden Valley’s Ranch dressing is what makes them all taste so good.

It was an effective campaign in large part to their spot-on anthem, that zippy, rat-a-tat-tat exuberance replicating the peppy sound of four-part harmony that once serenaded us all en masse, by way of the Mersey River, in the late 1960s. Unlike the wares of that shop in Soho, with its expensive bric-a-brac randomly stabbing at one era or another, the Hidden Valley jingle and its relative sound can be located on a cultural map that defined a moment in time, when the AM dial on a transistor radio was the grail of every band and only three television networks decided your evening's viewing fare.

You might recall this once-dominant harmonic ubiquity, whether in pop hits from forgettable one-hit-wonder groups, like Harper’s Bizarre, or from the TV themes of yesteryear shows, such as Love American Style, To Tell the Truth, and in fifth and final season opening of That Girl in 1970-71, to which swinging, saccharine lyrics were added to the melody; a so-thought modern departure from its previously brassy, orchestral version. The irony behind this feel-good, late-’60s pop sound was its engineered nostalgia, the evocation of a certain something — not unlike the wares of that store on Broome Street — during a time of social and political unrest, from Viet Nam and the sexual revolution and various civil rights movements, to the indelible cynicism still to be wrought by Watergate.

Behind the scenes, were two men, brothers John and Tom Bahler, who emerged only to front a now-forgotten band of their own, called The Love Generation, before Ford Motor Company hired them to create The Going Thing, the fictional musical group introduced in the fall of 1968, in a tie-in with Ford’s youth-oriented campaign, for which the strapline affirmed, “Ford has a better idea.” Ford even introduced versions of this theme in the UK and in Australia, where they had a better idea about designing and building arguably better Euro cars, like the Cortina, saving the land-yacht Country Squires and rear-engine, immolating Pintos for the US market; but that's the subject for another day. The Going Thing was so popular — their matching outfits and wholesome cheeriness a contrast to the prevailing image of the youth movement -- they appeared everywhere, even on NBC’s counter-cultural sketch-comedy cult hit, Laugh-In. They recorded several albums that were available for promotional purposes at your local Ford dealer too, had you been so inclined to collect them while buying a new Mustang.

The Bahlers were pros at augmenting the sounds of others; hired guns as session vocalists who supplemented or supplied the vocals on most of the recorded music of America’s first packaged boy band, The Monkees (plus Davy Jones); and later, among other musical confections of that era, The Partridge Family (plus David Cassidy), as well as the brand-extended Brady Kids (minus Mom, Dad and Alice), who leapt from a 1972 episode as the Silver Platters to a record-label deal. If this sound reminds you of a better time, it’s because for some of us who were kids back then, it was. But if you’re hearing it for the first time, I hope you know better than to be one of Barnum’s specimens who would pay $6 for travel-size toothpaste with antique graphics, just because it extols all-natural ingredients.