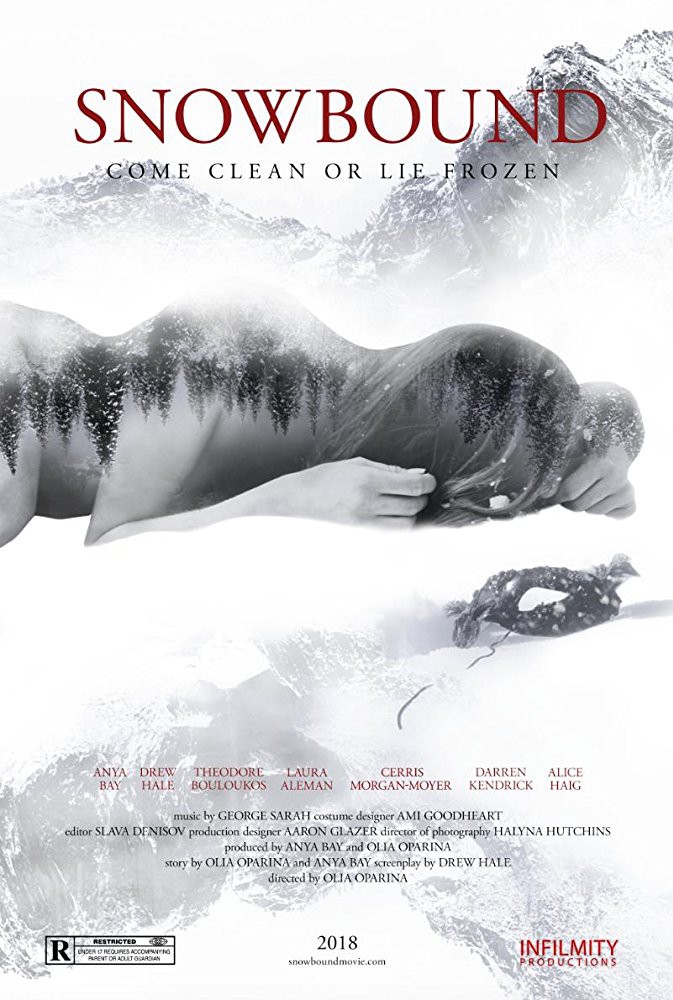 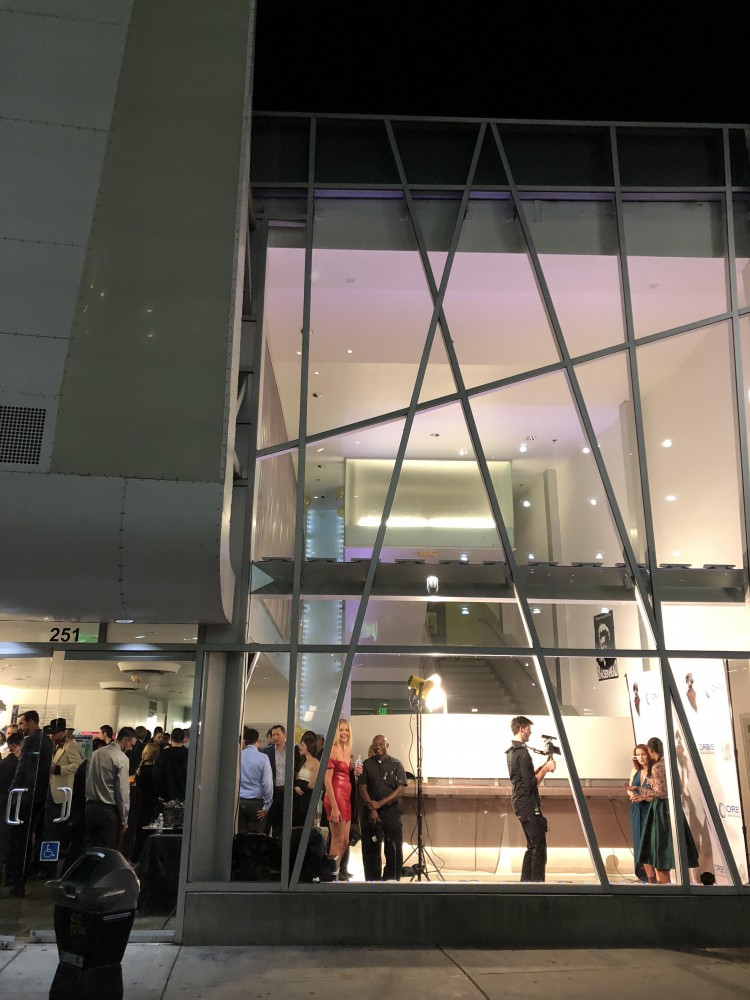 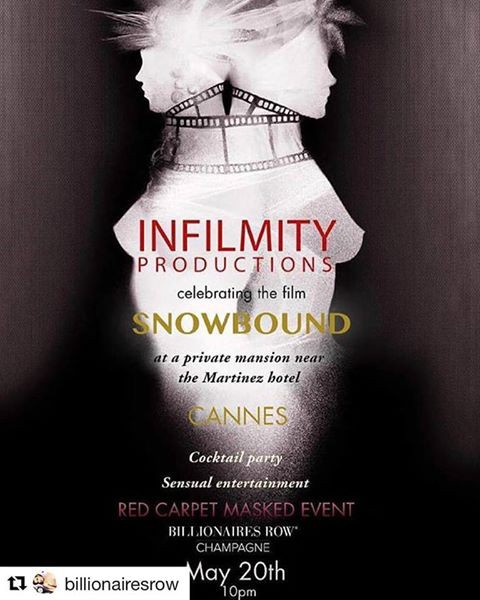 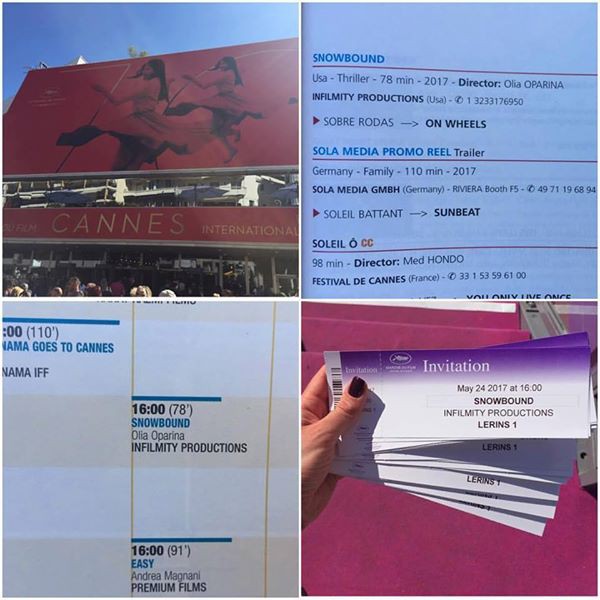 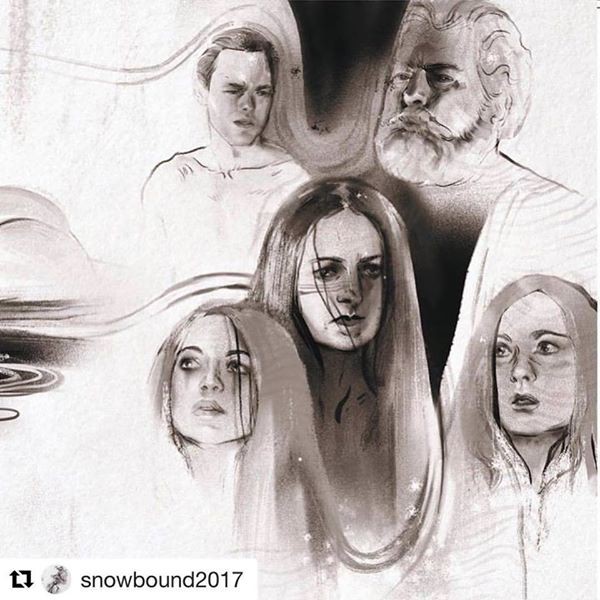 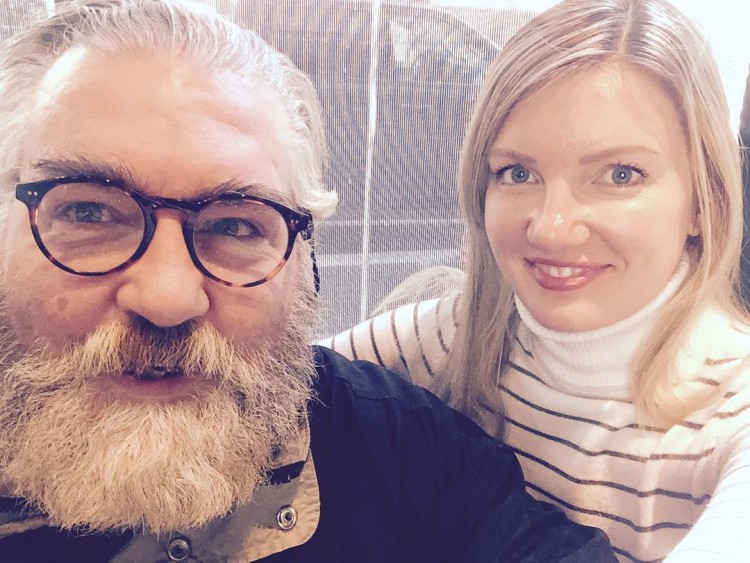 ‘Snowbound’ screened privately at the Downtown Independent in LA, on 14 November, on the heels of its successful selected premiere in the Marché at Cannes, including a private black-tie party held the evening before for 400 guests, This erotic mystery film, directed by Olia Oparina (pictured with me in the final photo of the slideshow above) from a screenplay by Anya Bay and Drew Hale, who are also my co-stars, is the story of five attendees of a kinky private party who wake up the next morning naked in the snow, adjacent to a nearby cabin, where they find a dead girl and a message: in order to survive, they must decide who is responsible for the girl’s death and murder that person accordingly. We shot this film in the first half of December 2106, in the mountains of California and Colorado. One of the best film shoots I’ve ever enjoyed, and from it, I’ve made numerous friends of a lifetime. You’ll find a clip from it on the Media page.