ANNALS: The Rollicking ‘Ride With Theo’ 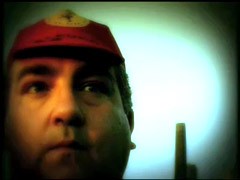 ‘Ride With Theo’ was one of those gigs I did so reluctantly -- just for the money, in all honesty -- but one for which, in hindsight, I would come to admire myself for ever having done at all, even as I felt exploited the entire time of the production. Shot in the spring of 2005, this nine-part webisode series was produced in the name of charity, and as an entry for the Cannes Lions International Festival of Creativity, held in June every year to honor achievement in commercial and creative advertising; the lesser-known sibling event to the more famed movie festival held the month before. It was produced by the very talented folks at the Now Corporation, one of New York’s busiest and best post-production houses, and it was meant to be a creative send-up of the great Fireflies Tour, an annual cycling event since 2001, in which cyclists traverse the French Alps from Lake Geneva to the Cannes Lions Festival. The challenge is to ride more than 1000kms over 18 mountains in seven days. As stated on their website, the Fireflies are committed to raising money for Bloodwise, a leading UK charity which funds research into the treatment of leukemia and cancers of the blood. Inspired by the courage it takes to fight cancer, the riders tackle the grueling climbs of the Tour de France, ever mindful of their motto: “For Those Who Suffer, We Ride.” Yes, ‘Ride With Theo’ is deliberately funny ha-ha, but it was done quite artfully, for a very good cause, and I’m actually rather proud of it.