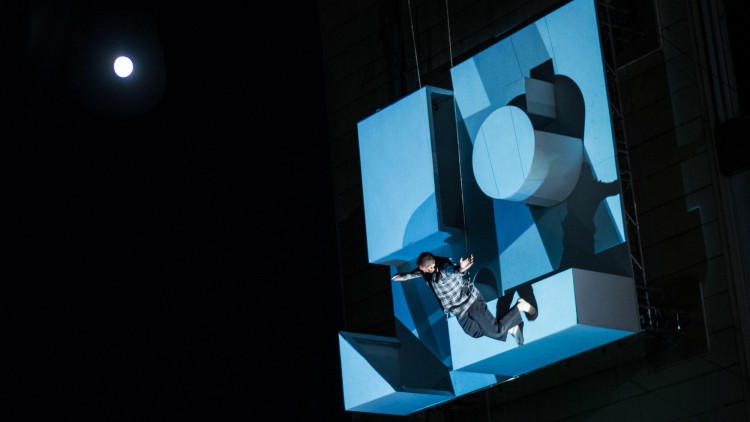 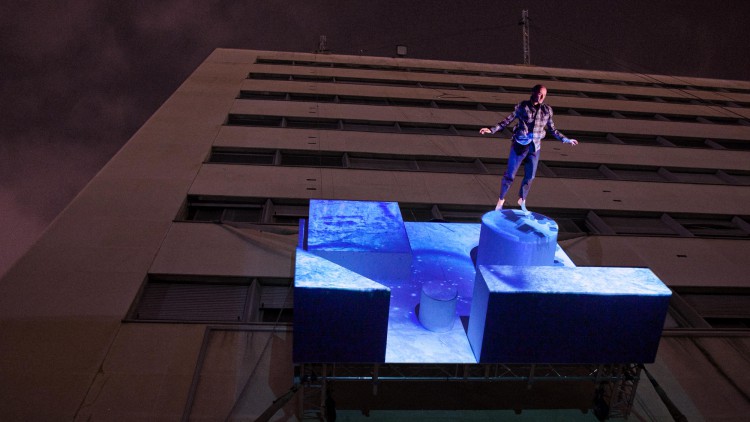 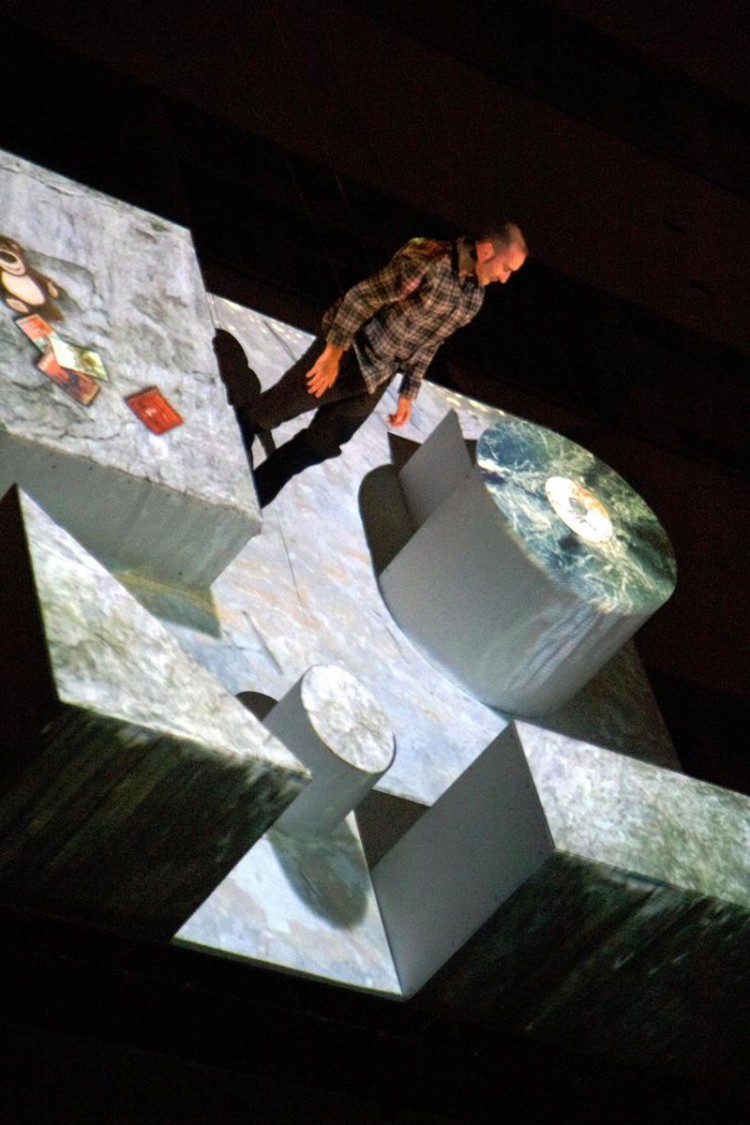 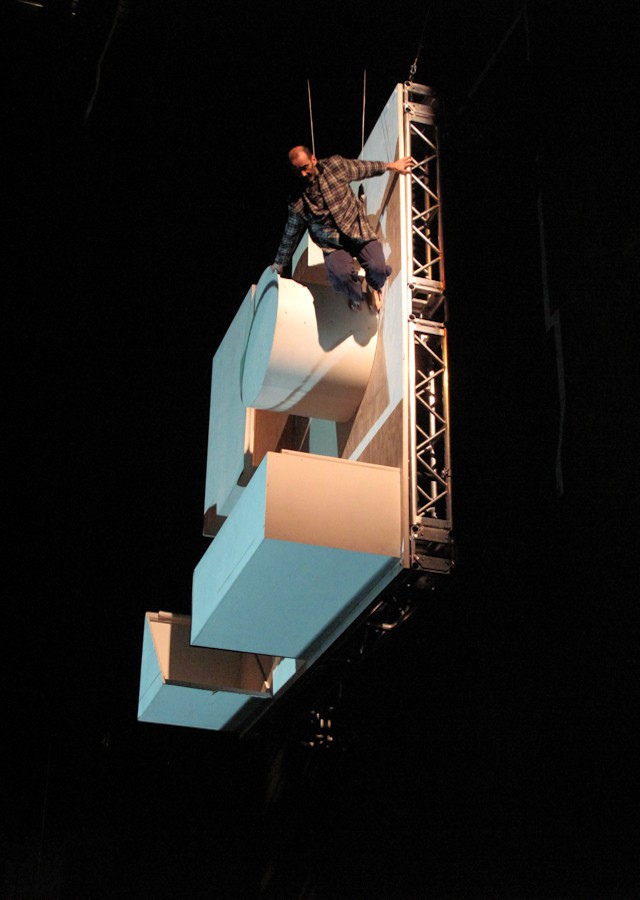 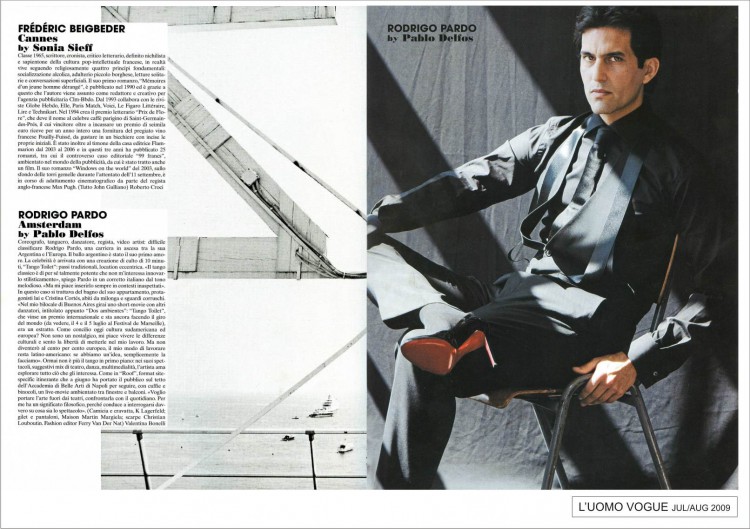 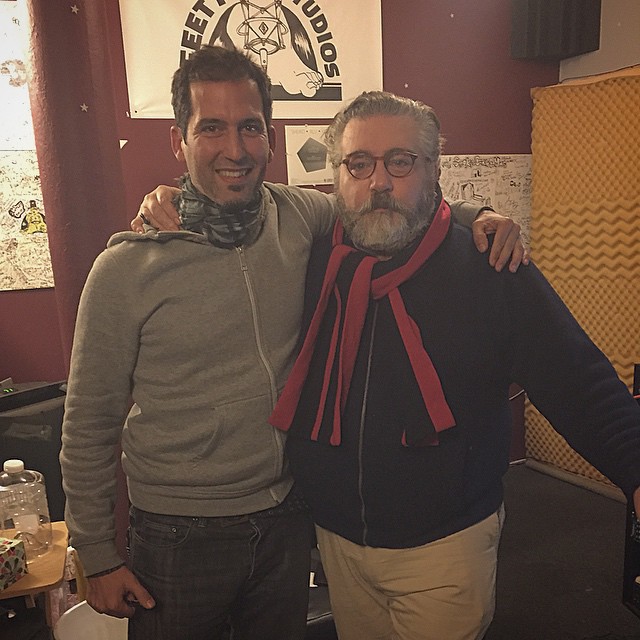 EMPAC — The Curtis R. Priem Experimental Media and Performing Arts Center at Rensselaer Polytechnic Institute in Troy, NY — is where art, science and technology meet under one roof and breathe the same air. It’s also where, in January 2012, I was first introduced to their artist-in-residence, the Argentine choreographer/performer and video artist, Rodrigo Pardo, who cast my voice for his extraordinary aerial theatrical piece, called FLAT, which combines storytelling, video projections, and an aerial performance by the French acrobatic performer, Yves Fachon. Inspired by the magical realism of Jorge Luis Borges, FLAT immerses both the performer and the audience in a shifting perspective of what constitutes reality: wherein a man — connected by bungee cords to the suspended construction of a 3-D platform stage — wakes up not knowing he is upside down. The audience watches this performance while supine, looking up to hear the performer’s inner monologue (my voice), via headphones, as he discovers his new reality and enters into his dreams. Rodrigo’s interdisciplinary practice is characterized by a special relationship with urban spaces, the use of movement as a tool to perceive time, and the insertion of constructed fiction in daily life as a way to open doors of awareness on how we perceive reality. After I first recorded the monologues at EMPAC, we were reunited three years later in New York, where we recorded additional dialogue to be used in eventual performances around the world, including some 14 to date.