ANNALS: How I Crashed a Scorsese Film 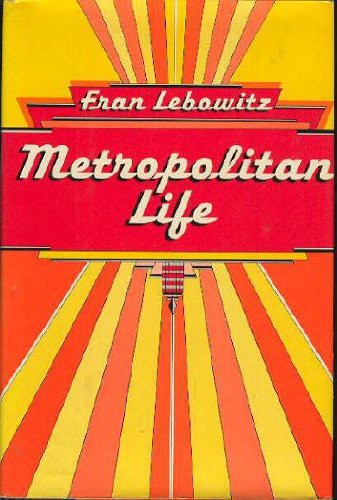 Several years ago, my brother Stratton and I went to hear writer Fran Lebowitz speak at the theater of the Directors Guild of America, an evening orchestrated by Vanity Fair magazine, our invitation extended by a friend on the masthead who knew how much we loved this urbane and witty writer during our collective youth; a woman who — in the years since the early successive publications of her apparently finite oeuvre but rather enduring career — has become a national treasure as a wry curmudgeon whose caustic observations have allowed her to dine out on the good company she provides to dinner parties and talk shows alike. Interviewing her on this occasion was her dear friend, the redoubtable novelist and Nobel laureate Toni Morrison. In all, the stage was set for the kind of event over which my brother and I would lick our chops — and salivate we did. We were seated in the very front row, the last two seats on the left-side aisle, for what we could not have known would be the prime spot from which to greet her, as we probably assumed she’d exit from the stage and into the wings after giving a grateful audience almost two full hours of hilarious quips and bon mots during the interview and subsequent Q&A. However, she chose to exit up the very aisle from which we would have first dibs on greeting her and, dispensing with prolonged politesse, I simply told her what a salvation she was to me in my youth; how much her books meant to a 16-year-old young man oppressed by his existence in a testosterone hothouse of a single-gender prep school, who yearned to move to New York and spend his nights among her Warhol Factory cohorts, writing — as she did prior to the publication of “Metropolitan Life” in 1978 — for Interview magazine; then in its heyday as a guide to the über Zeitgeist of a city regarded as succor to those who sought the kind of sustenance only Gotham could provide. I also reminded her that this was not our first encounter, as evinced by the first-edition copies of books she’d signed to me during a 1981 appearance at Rensselaer Polytechnic Institute in Troy, NY across the Hudson River from my native Albany. She remembered her appearance there, still surprised that an engineering school would have invited her, since her primary ambitions have always been smoking and sleeping in. We’d also met in the East Village, in 1993, I added, when I apprehended her casual walk down 6th Street, where I lived, jostling her recollection with a description of her comely double-breasted camel’s hair coat and the fact that we were both headed to Limbo, a coffeehouse of yore that a Bergdorf Goodman heiress-granddaughter opened that year, featuring a readers’ series that almost justified their obscene prices for java. She listened intently for what must have been at least five minutes passing between us, despite the onslaught of others gathered round who wanted equal face time. I was surprisingly unaware of the camera capturing every second of this encounter until I saw the finished film at IFC; the edited portion of which lasted mere seconds, which would account for my not being credited. Nonetheless, I made certain to add it to my IMDb page.